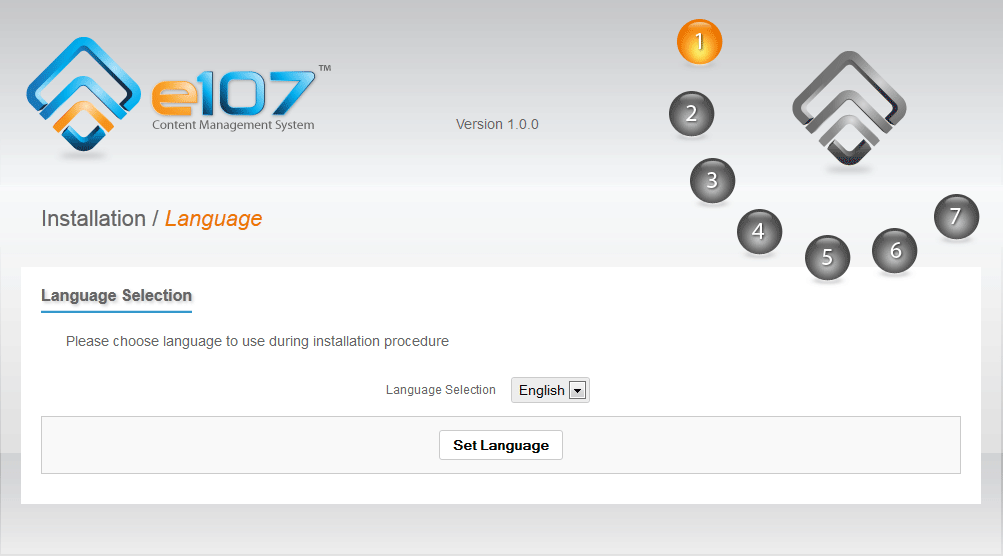 As many of you would have noticed, there's been some major (over-due) changes around here.

As many of you would have noticed, there's been some major (over-due) changes around here.
We are very happy to finally reward the community with a new website design and a new logo.

The new logo retains some of the elements of the 'old cube' which we made-do with for many years, while adding some new elements.
It will be different for everyone, but personally, I like the 'expansion' aspect that it portrays - which I believe is fitting for the e107 CMS. There is another aspect which I find interesting in the logo, and that is that if you take each curved element, or combine, rotate some of them, etc. you could actually make something which resembles 'e107'. Maybe one day we'll animate this, because I'm sure I'm not explaining it very well.

Comment to let me know if you see it.

As you will have noticed, we have also changed our version numbering. Some believed e107 was still in beta, due to the '0.7.x' format, and for some time we have planned to change this (when the time was right), as e107 is certainly mature and stable enough to be a 'v1.0'. Consequently, what was known as v0.8, will now be known as v2.0, and yes, we do still have plans to release that soon.

In version 1.0 of e107 we have introduced a new theme called 'core' which will be the default for new installations, and retired 'reline'.
"Core" also includes a reworked admin-theme, which takes a little getting used to (for those who were using Jayya) but we have grown to prefer it's layout and navigation, and we hope you do too.

The installation routine of e107 has also been reworked inside and out. (thanks to Daniel)
[thumb=600,400|link=1]https://e107.org/e107_files/public/blog/blog_images/installer_preview.png[/thumb]
We hope you like the new design of e107.org. It actually combines content of what was previously four separate sites: e107.org, plugins.e107.org, themes.e107.org and e107coders.org.
Yes, I have finally retired the old e107coders.org site, which will be left online for legacy value (forums etc). There simply weren't enough hours in the day to maintain that old site, and for some years now I have dreamed of having everything combined together on e107.org as your see it now. As well as the plugins which were at plugins.e107.org - all the 0.7 plugins from e107coders.org have been imported also (about 350 of them - with dupes removed) as well as over 100,000 user accounts. (doing our best to avoid duplicates there too). So, if you had an account over there, you now have one here.

So many changes have been made, I'm sure I've missed something. But I'd like to close here in saying that all the many changes you observe before you now would not have been possible without the hard work and dedication of our development and design team. In particular, Miro, Stoev, Deso, Vesko and our new junior developer Daniel.

Thank you guys - you're all geniuses in your fields!

e107 is open-source and of course, free. None of the developers of this software are paid, but donations do help to cover our monthly dedicated-server costs. If you like and use e107, please consider making a $5 monthly donation. Every little bit helps and is greatly appreciated. Thank you.